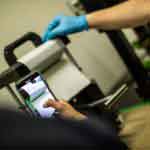 It’s an exciting and diverse landscape out there in the world of cannabis concentrates. From shatter and wax, to rosin and bubble hash, the list goes on. But, along with this wide variety of concentrate types, some confusing terminology like solvent-based, solventless, and solvent-free have sprung up.

So, what exactly is the difference between them?

Well, what these terms are referring to are the various methods by which resinous trichomes are separated from the cannabis plant. There are multiple ways to achieve this, and in fact, the method of extraction is what has come to define each different type of concentrate. Whether that be butane hash oil or ice water hash, concentrates are typically named after the way they were made.

But despite their wide variety, cannabis concentrates can be split into two main groups: those that use solvents to do the extracting, and those that do not.

Solvent-based extraction can be defined as any method that uses a volatile chemical to dissolve the cannabinoid-packed trichomes away from the plant material. Once collected, the solvent is then removed, typically by means of evaporation, leaving behind a trichome-rich concentrate.

The most popular solvent-based concentrates are almost certainly butane hash oil (BHO) and propane hash oil (PHO). These use liquified hydrocarbons to strip the cannabis plant of its resins. It’s a heavy industrial process requiring closed-loop extraction machinery to produce safely, but the common availability of butane and propane make it an accessible extraction method for small to large scale producers.

Next up is CO2 extraction, which is the method that creates most oil for vape cartridges. It’s made using a high temperature, high pressure supercritical form of carbon dioxide as the solvent. The complicated nature of this extraction technique means you’ll need some seriously expensive high-tech equipment to pull it off. However, its low carbon footprint compared to hydrocarbon extraction and its more consistent results has made it a favorite in the commercial sector.

The oldest of old-school extraction techniques uses alcohol as a solvent. Ethanol or isopropyl alcohol takes the place of butane or CO2. Traditional hashes have been made this way for hundreds of years, but in more recent times, concentrates such as Rick Simpson Oil (RSO) are made using this method.

One brand spanking new solvent extraction method is Dimethyl Ether extraction (DME). While DME has been a favored extraction technique for both the medical and food industries for decades, it’s only just beginning to make its mark in the cannabis space. DME’s quick evaporation times make it a highly efficient process, so look out for DME concentrates in the future.

While powerful chemical assistance is required in solvent-based extraction, solventless can be defined by its lack of them.

Solventless methods take on a more craft-based approach in order to separate trichomes. Dry sift hash for instance, uses nothing more than some super fine micron screens and some elbow grease to separate the trichomes from the plant material. Cold buds are tossed back and forth across a fine mesh screen, which allows the trichomes to break off and fall through onto a surface below. The dry sift or “Kief” is then scraped together and pressed into blocks. Don’t let the simplicity of dry sift hash fool you, this is some of the finest hash known to man.

Ice water extraction that creates bubble hash is a fairly recent addition to the solventless concentrate game. Raw cannabis flower is soaked in ice cold water and then agitated, typically with the aid of a bubblator machine. Because trichomes are not water soluble, they are not dissolved like in solvent based methods. Instead, the cold temperature and gentle motion breaks the trichomes from the plant material, and thanks to trichomes being heavier than water, they sink. This makes them easy to collect in micron filter bags. The trichomes are then dried out and the resulting material is ice water hash.

The granddaddy of solventless concentrates is rosin. This simple method of applying heat and pressure to press out cannabis resins produces the cleanest concentrate there is. By not using any aggressive chemical assistance, rosin preserves more terpenes and cannabinoids than any other extraction method. The beauty of rosin is that it can be made from almost any starting material, be that dry sift or bubble hash, or even straight from cannabis flower itself. The process is simple, safe and requires no harmful chemicals to produce.

While solvent-based extracts can be considered to be any concentrate made using powerful chemical assistance, compared to solventless extracts which do not, things get a little confusing when it comes to the term “solvent-free”.

Properly made solvent-based extracts have all of the solvents removed before being sold. This means that they can be labeled as solvent-free despite solvents being used in their manufacture. Solventless extracts on the other hand contain no solvents, and neither were any used in its production. So be careful, because solvent-free isn’t the same as solventless. 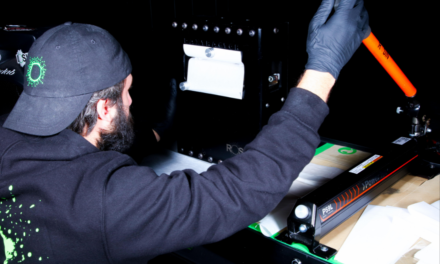 How to Optimize Rosin Press Pressure for Higher Yields 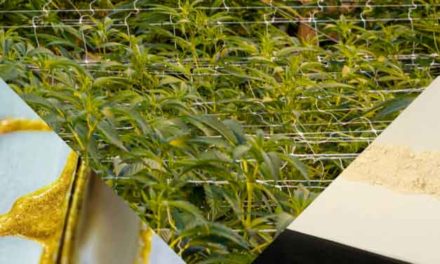 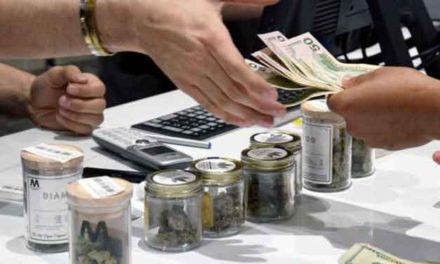