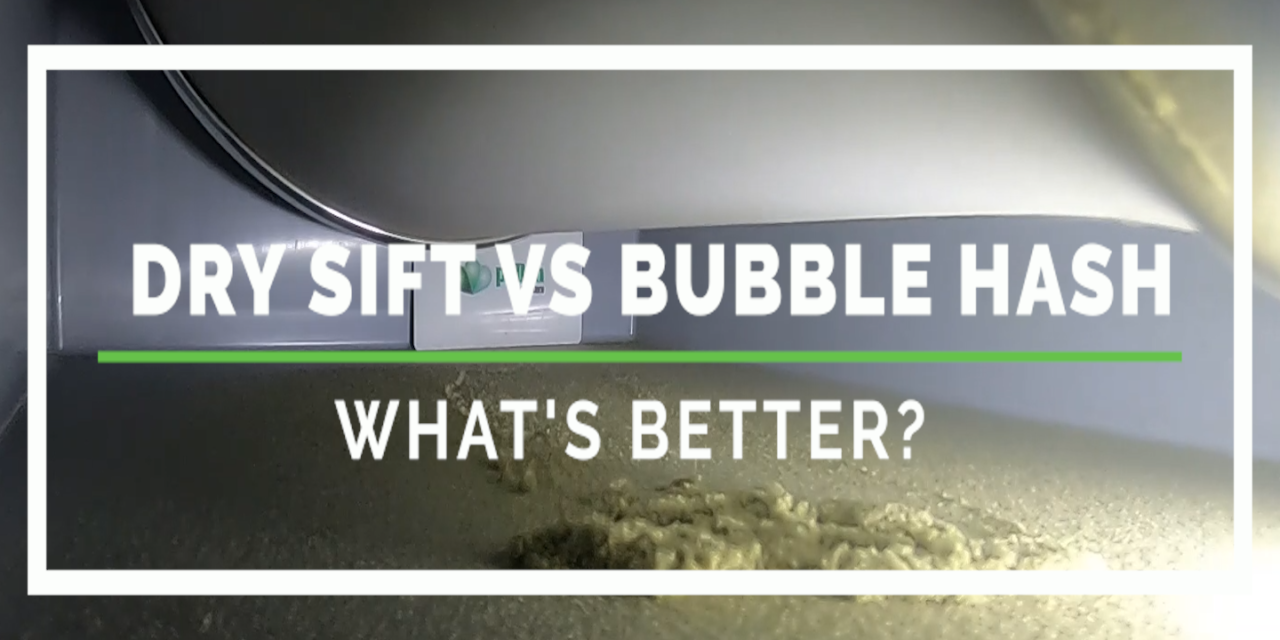 When it comes to making hash, two techniques have become the standard: Dry sift and bubble hash. Both are methods for separating trichomes from plant material to make concentrated cannabis products, but is one better than another?

Dry sifting is the traditional method for making hash. Long used in places like Morocco, Lebanon, and Afghanistan, this simple process has stood the test of time. Using a fine screen to separate out the kief from the flower, it’s a super practical method.

Bubble hash, on the other hand, utilizes Ice Water Extraction to perform the same task. A fairly recent development in hash technology, this method sees cannabis submerged in ice water, then agitated to release the trichomes. As they sink, trichomes are collected in fine mesh filter bags, and then dried. The process is much more complicated and involved than that of dry sifting, but it’s generally accepted that ice water extraction can result in a superior hash.

Both methods have their pros and cons, however, and there’s more to consider than simply comparing the end results of each method. So, let’s explore the ins and outs of these two techniques to find out how they stack up against each other.

I guess the best place to start is by asking the question, which makes the better hash? And in sheer terms of quality, bubble hash does come out on top. Ice water extraction is a much more refined process than dry sifting, and in the right hands will result in the better end product.

But, the difference isn’t enormous and it’s certainly possible to make high quality dry sift hash that’s perfect for making into solventless rosin. However, if you are looking to make five or six star full melt hash, then ice water extraction is the way to go.

Another burning question is which method produces the highest yield? Again bubble hash can produce more rosin thanks to its use of multiple filter bags. With dry sifting you have to select a single mesh with a fixed size that’s the best compromise between quality and yield. With bubble hash this is not necessary. By using multiple filters of differing sizes simultaneously, ice water extraction can collect almost all the trichomes on the plant, whether they be large or small in

size. This also means there is very little waste with bubble hash, which is why it beats out dry sifting in terms of yield.

This is where the dry sifting method really comes into its own. Dry sifting is much simpler than bubble hash making. The method can be performed by anyone, anywhere, and with very little equipment, so requires no special knowledge or skill to achieve. Furthermore, it’s a very quick process, dry sift tumblers, like these Pollen Masters for example, can process up to 10 lbs. of cannabis in as little as 20 minutes.

Bubble hash making, on the other hand, requires some pretty complicated equipment, as well as a skilled hand to make the most of it. Additionally, you will need copious quantities of both water and ice. Not to mention, it takes a lot longer to produce bubble hash because of the additional drying process required.

For commercial producers this is the big one, and ultimately dry sifting wins out again here. The process and equipment are so simple and inexpensive that dry sift hash can’t be overlooked. Additionally, the speed at which dry-sifting processes cannabis far exceeds anything bubble hash can achieve.

As mentioned, bubble hash requires some pretty expensive machinery. In addition to an ice water extraction machine and filter bags, you’ll also need an ice maker, possibly a reverse osmosis system for clean water, and some kind of drying oven to finish the process. All in all, they’re some expensive overheads, which is why dry sift hash wins out in terms of cost.

Ultimately though, neither of these techniques is better than the other across the board. They both have their strengths and weaknesses to consider. Obviously, if you’re chasing outright quality and yield to make a premium product, then ice water extraction systems are worth the investment. However, the speed, simplicity, and low cost of dry sifting cannot be overlooked, especially if you’re a commercial producer who has to worry about overheads.

Dry sift may not reach the summit of hash mountain quite like bubble hash, but the difference in quality is hardly night and day. Furthermore, when it comes to producing solventless rosin, five and six star hashes aren’t even necessary. Often, they’re best dabbed just the way they are. So, if we did have to recommend one method over the other for making rosin, then dry sifting would be the winner in most cases. 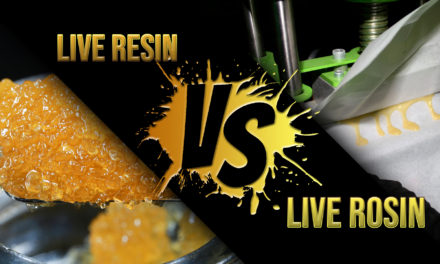 Live Rosin vs. Live Resin: What’s the difference? + How to Make Live Rosin 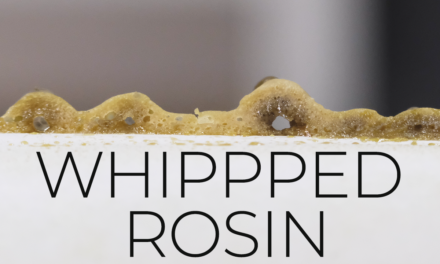 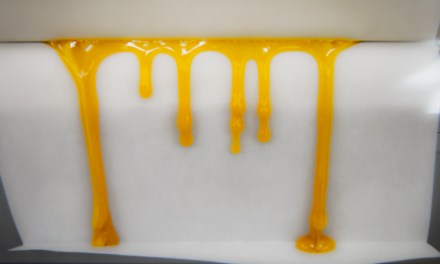 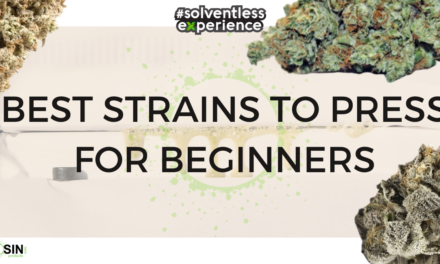